SLM was founded with the following objectives:

To Create, develop, finance, co-produce and or publish Feature Films,

AND MIGHTIER THAN THY SWORD”

moral values should be the foundation, precedent and

focus of every entertainment project/ venture...

As evidenced via the history of our civilization,

the Arts and Entertainment have shown to be one of

the most beautiful vehicles or most powerful weapons/

incubators/ distributors of the eternal dualism of thy

not to mention trend and fashion weavers, and

a “politically correct” beacon of light,

creating a timeless impact in society.

SLM was founded in response to current Market and

It’s no "tabooish" hidden secret that the entertainment

industry has proven to be at best a very closed,

embraces change unless cater pillared and

originated by the ranks of one of their very own

This dates back to the motion picture era of Pre-Hollywood Studio.

“Necessity has always proven to be a powerful,

fertile Mother of all Inventions”.  Viola “OUR VISION”:

“Why” despite the factual reality risk for risk,

widget to widget, dollar for dollar there really was

However, why did the “Financial Establishment”

outside of the “Hollywood Studio Empire”

BLACKLIST and LABEL the entertainment industry as

the most unsecured, riskiest and most fickle of all Industries?

Contrary to its continuous and tremendous financial breaking

Furthermore, unlike most other new products/

ventures that try to reach the market place,

“the filmmaker” is usually on average

very conservative and does not adventure into production

without having a distribution commitment from a major

No different than a chair manufacturer who can only turn a

Drawing from our corporate financing experience, and

after intense market research we concluded that the

(a) To lobby with like-minded, morally & ethical,

creative financial "tribe" who believed that

the Sheeple´s moral fiber can be accessed

and judged by its cultural consumption…

(b) “The Shtick” assist producers in “ALCHEMIZING”
their packaging in order

for it to endear even a Bankster´s Heart;)...

If and when the “Artiste”

could, for a “New York Minute”, abstain from

name dropping and muzzle thy Ego, and allow us

(help us help you) to

showcase the project not as an artistic creation but

simply as a manufactured goods and services product,

hence, via our "in house" financially engineered proven formulas

With virtually no competition outside the Major Production

In accordance to our business concept and

model we have no direct or indirect competition,

on the contrary, every entertainment

corporation and or individual from entertainer/ 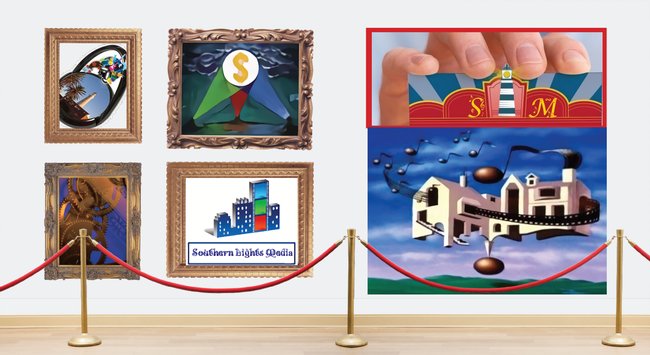